I was eating poached eggs and watching Sunday brunch. I know. What am I like. In the break there was a new advert for Maltesers. I took particular notice because it had Beattie Edmondson in, who was very good in the sitcom Josh. It was quite a good advert. Well done Maltesers.

But it got me thinking – why are there always women in the Maltesers advert? Fair enough, they quite often get female comedians, who tend to look relatively like real women. But why are Maltesers synonymous with a ‘naughty’ but ‘light’ treat? Hardly any calories, dainty little chocolate to pop in to your dainty little mouth so you don’t look too greedy! But still buy our product please! It’s aimed at you after all – we’ve gone to all this effort, so you better buy our product. Whereas chocolate that’s aimed more towards men – Snickers for example – is promoted like it’s an imperative, a must have, a necessity. ‘Get some nuts’ or ‘you’re not you when you’re hungry’ push absolutely no guilt whatsoever on men for eating chocolate. For them, it’s encouraged as a staple, not a naughty little treat. 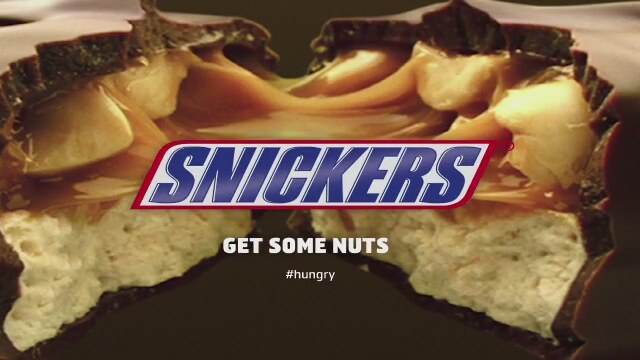 Diet coke is not a drink for women. It is a carbonated cola drink. It is genderless. (Secret I got told by Briony – while coke zero and diet coke are both caffeine and sugar free, they are marketed and packaged differently because apparently men wouldn’t buy diet coke.)

Women can eat Yorkie bars. Women can do whatever they choose, thank you very fucking much.

Yoghurt is not a female food. It is not a male food. Food doesn’t have a gender so help me god. why would it even be a female food? Because it’s… runny? Pink when it’s strawberry flavoured? Has the whole world gone mad and I am the only one who has noticed?

While we’re on the topic of packaging and marketing dear friends, let’s discuss the fact that female razors are more expensive than male razors. Women are told by society that we should be hairless. That we should literally alter the way our bodies work to conform to a societal norm. Now, if you want to shave your legs, because you prefer the way it looks and feels, then very good, absolutely fine. But you shouldn’t have to pay more than a man for that privilege.

Men also make the decision whether to shave their faces. But for some reason we’re paying more for something which is, across society and culture, impressed upon us as not our own choice, but the way it should be. Plus, making them pink is a very bizarre choice. Do you know what a razor is? It is blades. Which will cut you. Every time I shave my legs I cut them, somewhere, at least once. It does not help me that the razor is pink.

On the plus side, there is hope on the horizon. Bodyform’s new advert is rather wonderful. It shows women running, fighting, falling, getting back up again. They get cut, and scraped, and bruised, and all of this shows just how alive they are. Isn’t that wonderful? Bodyform make the point that blood should not stop our ability to do anything. When we’re on our periods we’re not skipping around in white jeans with perfect hair. We’re probably, like a lot of the times during the rest of the month, sweaty, trying, working, doing.

A woman’s ability is in no way impeded by her gender. We can eat Maltesers and drink beer and go nowhere near yoghurt because it is disgusting.

And none of it has to be sodding pink.

Have you been watching the new series of Sex Education on Netflix? We love the way they’ve handled some really difficult topics in this series to help open up discussions 💪 Reposting @sexeducation: "statistically, two thirds of girls experience unwanted sexual attention or contact in public spaces before the age of 21." - Viv, S2E7 🤚 - @aimeelouwood, @trishallison, creator @laurienunn, and founder of #everydaysexism @laura_bates__ sat down for a powerful conversation about aimee's season 2 storyline and non-consensual penises - hit the link in our bio to watch the short film now. 🚍💛💪
Taking 2020 one day at a time 🚶‍♀️ Reposting @veronicadearly: I drew this a little while ago and I think it’s very true. I wasn’t sad yesterday but everything *was* out of control and I didn’t get half the stuff done that I wanted to. Today, I hope, is going to be a good day. I’m ready to smash 2020 💪💪💪
Whether you realise it or not, you’ve been through a lot this year and accomplished a lot. Don’t forget to thank yourself and appreciate your body and mind for getting you through it all. Happy New Year from Anthem - we love you 💜 Completely wonderful art by @jangandfox 💜 Reposting @jangandfox: Here's my last post for 2019, to remind ourselves to acknowledge our hard work, however great or not-so-great the year has been. For trying to be better in something, for not giving up just yet, for making messy mistakes, for completing all little and big things, and for embracing the imperfections of the year. . Thank you, me. #nye #artwork #thankyou
The year is almost up so the team have put their heads together to make a playlist for you to celebrate 2019! It features 15 songs from female artists, all released this year 🎧 ⠀ ⠀ Screenshot our Spotify code or click the link in our bio to listen 💜 Tell us your favourite songs from the year too!⠀ ⠀ ⠀ #spotify #playlist #femaleartist #girlpower #music
%d bloggers like this: