I will fight you. Of course I won’t fight you. I only yell at people over feminism if they’ve just felt entitled enough to grope me on a night out. Aside from that you’re pretty safe. I don’t fight with people over feminism firstly because I know there’s no point. I don’t believe in changing people to suit your needs, I believe in finding and loving the people who do share your thinking and beliefs. Some people won’t have their minds changed. Instead of yelling at them, try having an intellectual conversation; try understanding why they think the way they do. The second reason I don’t argue about feminism (at least not seriously) is because I know about the pedestal. 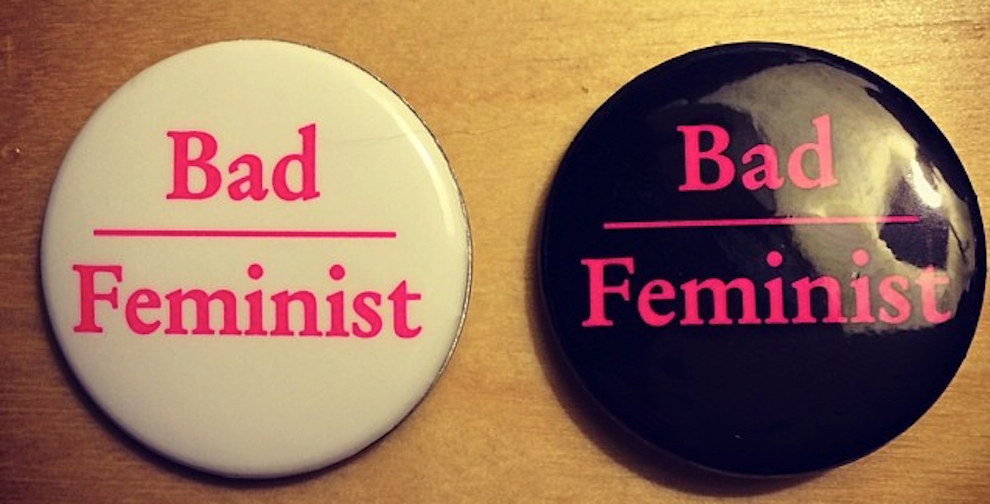 In a great book called Bad Feminist, Roxane Gay talks very early on about celebrities, authors and women of note who claim to be a feminist, just moments before they are attacked for doing things wrong, or at least not right, and get pushed off again. I won’t lie, I know people who say they are or aren’t feminists because of things that simply aren’t true, but there is absolutely no-one with the right to say ‘no, you’re not a feminist like I am, so I’m not interested’.

So this pedestal affects us too. I’m not famous, but I still tell people I am a feminist (in case founding a feminist blog wasn’t clear enough). A lot of people I know have met that ‘coming out’ with complete, unshielded disgust in the past. Most of the time that happens, it’s because people have a funny, old-fashioned ‘feminists are hard-core dykes and man-haters’ vibe, which is obviously just complete shit. I mean, grow up.

The fact that the leading cause of death for men my age is suicide has become something I’m deeply interested in, and want to change. The reason it exists is because we live in a society that perpetuates the idea – the myth – that men should not be emotional, should not talk. In reality, men should talk or cry if they want, it should have nothing to do with their gender. This goes right along with women’s positions at work, and in power, and their disadvantages, because throughout history (think suffragettes, then think a few thousand years before that) women were painted as insufficiently educated to make decisions, be in control, and even sometimes just too darn frail to lift a box (or run for president with pneumonia, am I right?). 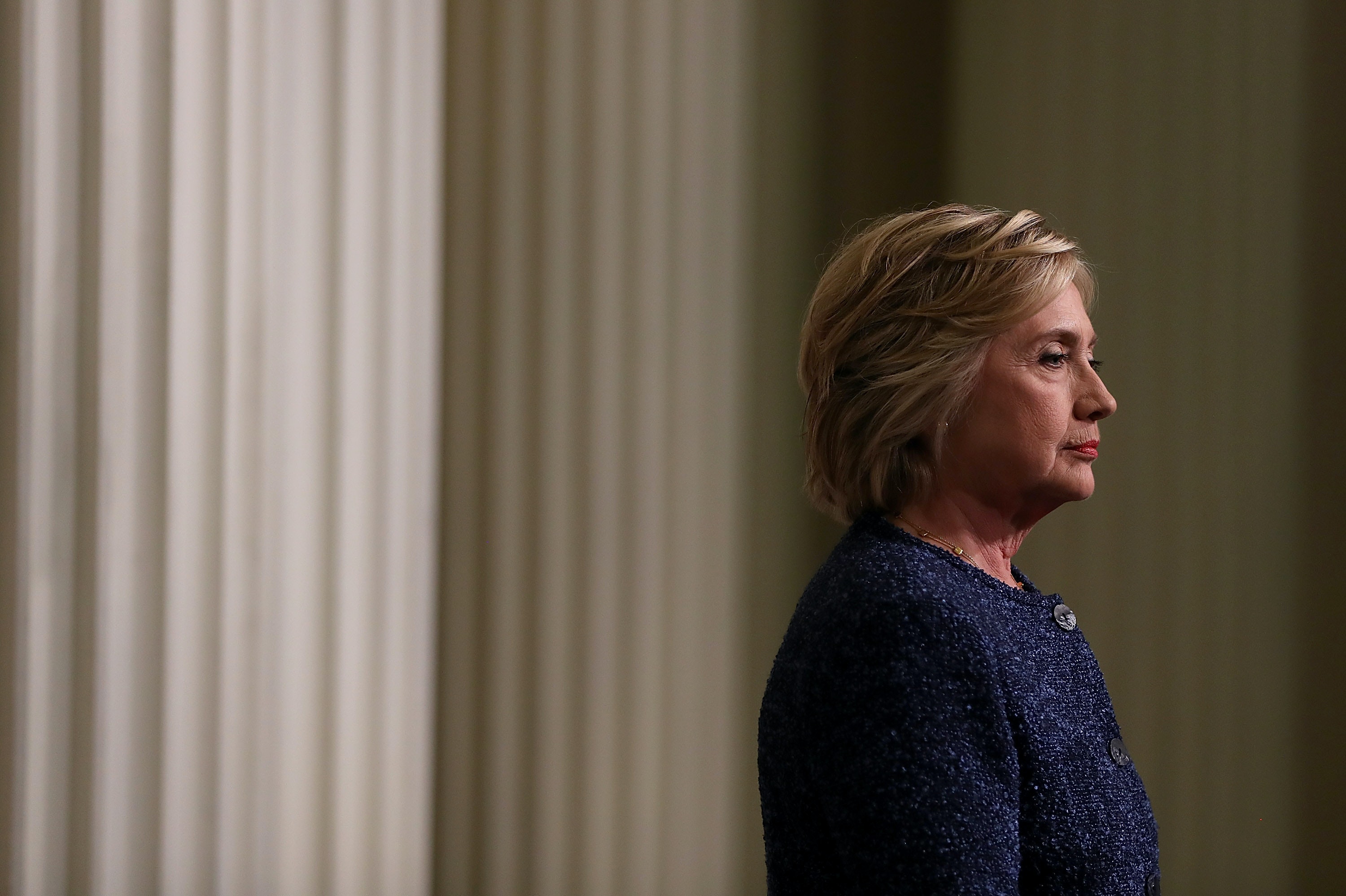 I get a lot of friends making jokes because they like to tease, and to be honest I’m used to it, and it’s fine. Generally, if someone tells me they think women belong in the kitchen, I know they are not in earnest.

I know not to shout and yell because people want that. They want the crazy, irrational woman shouting about how hard her life is, how hard she has it. Yet stop being a dick for a minute, and consider that I’m not fighting for me. Sure I don’t want to get paid less because I’m a woman, but I’d like to think I could protect myself. There’s always a bit of an ‘it’s not happening to me so it’s not real’ thing going around with issues like feminism. This is actually where feminism is most important.

Feminism is about making sure people don’t lose out because of their gender, and as much as in the US and UK it can be quite balanced in men’s and women’s issues – abroad, there’s a few extremes for each case.

You may have just seen that Polish government tried to ban abortions. What the hell Poland? Just force women back in the early 20th century and make them have their babies and do the housework. Sure, sounds cool. You might not know however of a study highlighting how many Egyptian women had experienced sexual assault and harassment (a ridiculous 99.3%)*. Oh, or what about the 10 year old divorcee from Yemen**. You probably didn’t think you were lucky your parents didn’t marry you off aged ten, but circumstances being what they are, you are. There was also the other young girl from Yemen who died on her wedding night to a man five times her age, when intercourse caused uterine rupture***. Not to mention the fact that the number of Palestinian women dying as part of so-called ‘honour killings’, often by family members, is not going down, oh no, it’s going up. It doubled between 2013 and 2014****.

Feminism isn’t just a bit of fun; it isn’t just white privileged women getting together with wine to talk about how oppressed they feel in their BMWs and London houses. It’s actually a necessity. You may not see the point. Like it or not, though, this is the only chance we have to help these deaths, child marriages, mutilation, and assault. I mean, does that not sound serious to you?

Back in the UK, men are actually killing themselves instead of living to see another day in which they have to pretend to be something they are not. Abroad, children as young as 10, who haven’t even been through puberty or started their periods yet, are being raped and married off, and it’s all just ok? I’m sorry I can’t agree.

Gender is a social construct, not a death sentence.

So this has all gotten kind of far away from picking on me because I’m silly enough to voice my opinions out loud, but it needed to be said.

The next stage is why you should stop bullying people who actually care about you, and are trying to improve your life. Mostly, feminists get angry around the themes of pay, health, and education. Much like most people in the world tend to care about their pay, health and education. I mean, is it really such a crime to think I shouldn’t have to pay £4 not to bleed through my £7.99 jeans? (I’m talking about pads and tampons here in case that wasn’t clear…). We shouldn’t have to be setting up charities for homeless women to have access to sanitary products for something they can’t even help. How ridiculous is it? A homeless woman bleeds for a few days a month, and if she can’t afford pads or tampons then she has to bleed through pants and trousers that she may only have a few pairs of. Pretty poor show really.

I also don’t think I should have to say any of this. It should just be fine that some people are born one way, and some another. Big whoop. I don’t want to be sat here defending myself for not wanting to be disadvantaged; for wanting basic human rights. I don’t want people to make jokes about how I should be in the kitchen, or how I must be a lesbian, or ugly, or lonely and deformed, or something else. It’s not even original humour for goodness sake.

I just want to be able to wake up and not hear about the stories that I’ve been telling you. I want to be able to wake up to news that, actually there is no news about Trump and Hilary because for once, Trump didn’t say something outrageously disgusting and degrading towards women, and that somehow people are finally moving past the fact that a woman (shock horror) is running for president. If someone that awful is allowed to run for president and get this close, with people thinking he is still a better option than a woman, there’s a problem.

Quote from Chimamanda Ngozi Adichie/Image from For Harriet

Gender is an issue. Don’t lie, don’t brush it under the carpet with all the women trying to voice their opinions on Twitter like men can. Don’t brush aside domestic abuse for both men and women, genital mutilation, pay gaps, glass ceilings. Don’t just forget about it. It matters. It matters for everyone. Joking around and picking on men and women trying to focus it and fix it, is real mature. For real, stop picking on people you know nothing about.

So stop picking on me because I tell the truth about what I believe in, and bully me for fairer things (short arms and snort laugh included), or at least use original humour.

Have you been watching the new series of Sex Education on Netflix? We love the way they’ve handled some really difficult topics in this series to help open up discussions 💪 Reposting @sexeducation: "statistically, two thirds of girls experience unwanted sexual attention or contact in public spaces before the age of 21." - Viv, S2E7 🤚 - @aimeelouwood, @trishallison, creator @laurienunn, and founder of #everydaysexism @laura_bates__ sat down for a powerful conversation about aimee's season 2 storyline and non-consensual penises - hit the link in our bio to watch the short film now. 🚍💛💪
Taking 2020 one day at a time 🚶‍♀️ Reposting @veronicadearly: I drew this a little while ago and I think it’s very true. I wasn’t sad yesterday but everything *was* out of control and I didn’t get half the stuff done that I wanted to. Today, I hope, is going to be a good day. I’m ready to smash 2020 💪💪💪
Whether you realise it or not, you’ve been through a lot this year and accomplished a lot. Don’t forget to thank yourself and appreciate your body and mind for getting you through it all. Happy New Year from Anthem - we love you 💜 Completely wonderful art by @jangandfox 💜 Reposting @jangandfox: Here's my last post for 2019, to remind ourselves to acknowledge our hard work, however great or not-so-great the year has been. For trying to be better in something, for not giving up just yet, for making messy mistakes, for completing all little and big things, and for embracing the imperfections of the year. . Thank you, me. #nye #artwork #thankyou
The year is almost up so the team have put their heads together to make a playlist for you to celebrate 2019! It features 15 songs from female artists, all released this year 🎧 ⠀ ⠀ Screenshot our Spotify code or click the link in our bio to listen 💜 Tell us your favourite songs from the year too!⠀ ⠀ ⠀ #spotify #playlist #femaleartist #girlpower #music